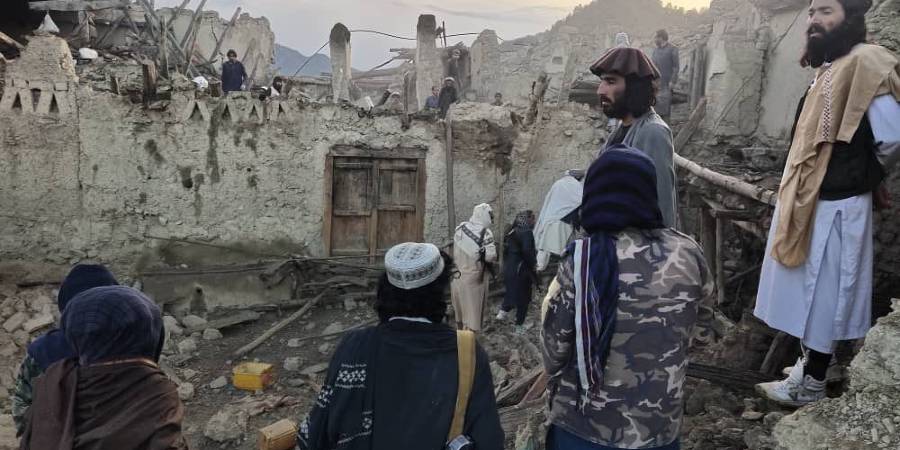 Afghanistan has been hit by an economic crisis and famine since last year, their life has been quite miserable. Especially at this time, their grief deepened because of the earthquake.

On Wednesday, June 16, 2022, at midnight, there was a very strong magnitude earthquake in Paktika & Khost Province, Afghanistan. At least 1500 people have died and 2000 people were injured. This number of the victim suspected will continue to increase because many victims were crushed by the rubble and needed time to rescue.

The earthquake that occurred was so strong and long that felt in two countries, India and Pakistan. Many of the victims were caused by the traditional construction of Afghanistan's houses, so 700 houses were destroyed. Additionally, the rescue team was also really desperate to save the victims due to the limited equipment. Many people were crushed under the rubble and could not be saved.You have the right place for helping them! The ACT Foundation has been helping to assist the victims of humanitarian issues all around the world, including in Afghanistan. Since 2005, we stand still to support emergency aid for natural disasters and post-recovery disasters. ACT team will provide urgent humanitarian aid and assistance as well as ensure that the Afghanistan survivors remain safe. The assistance includes ready-to-eat food, drinking water, clean water, supplies for women and babies, tents and blankets, medical assistance, and other aid-related logistics.

Dear kind-hearted donors, thousands of people in Afghanistan have been displaced amid fears for probably another coming earthquake. Innocent people like them are dead and hurt. The winter has almost come, but they were forced to stay at a temporary shelter, and their conditions might get worse. We can not stand still seeing humans dying.

The Messenger of Allah ﷺ said: “Whoever helps ease one in difficulty, Allah will make it easy for him in this world and the Hereafter”. [Abu Hurairah]

By donating, you could wipe out their desperate life of being an isolated country and feel warm from Moslem brothers and sisters' support around the world. At least they can fulfill their basic needs while staying in a temporary shelter from your donation. Save a soul, save the whole life of Afghanistan!